Why do we stay with them? Complacency is a big reason. A lack of knowledge is another.

Whenever one of these major Canadian banks tweak their mortgage rates, it makes headlines. Like last month, when RBC dropped its five-year fixed-term mortgage rate by 0.15 percentage points (or 15 basis points) to 3.74 per cent. Every major news outlet in Canada picked it up.

But here’s the thing about the bank’s posted mortgage rates — they shouldn’t matter. The big banks never offer the lowest mortgage rates in the market and those are the ones you want to pay attention to.

Canadians pay attention to the big guys, however, because they’re either too comfortable to make a change or simply not aware they’re being taken for a ride. The banks have a 90-per-cent stranglehold on the Canadian mortgage market and we’ve been slow to start paying attention to the alternative — often cheaper — options out there.

Complacency is a big reason. A lack of knowledge is another.

See, there’s a whole industry of smaller, more competitive mortgage lenders and brokers who never make headlines. They’re often just as established, they’re absolutely just as reliable, and they’re significantly more affordable. So why do we stay with the big banks? Complacency is a big reason. A lack of knowledge is another.

In every unhealthy relationship, there comes a time to say “enough.” And unless you enjoy funding the mega-profitable Big Six, there’s no better time to say it than now.

Here are the two reasons you should ditch your big bank and try out the plethora of smaller lenders out there.

In a nutshell, here’s how mortgage rates work: lenders (whether big banks or small lenders) lend money to homebuyers in the form of mortgages. Even big banks have to borrow money at times to ensure they can lend money out to meet demand, and they always borrow at a lower rate than they lend it out at. That’s how they make a profit.

Beginning this past fall, the rates that lenders were borrowing at began to fall. For example, in November 2018, a five-year government of Canada bond was costing lenders 2.5 per cent in interest — it’s now costing them around 1.75 per cent. That reflects the cost of lending in the bond market, which helps influence fixed-rate mortgages. But the big banks are only recently starting to pass these savings onto Canadian consumers. 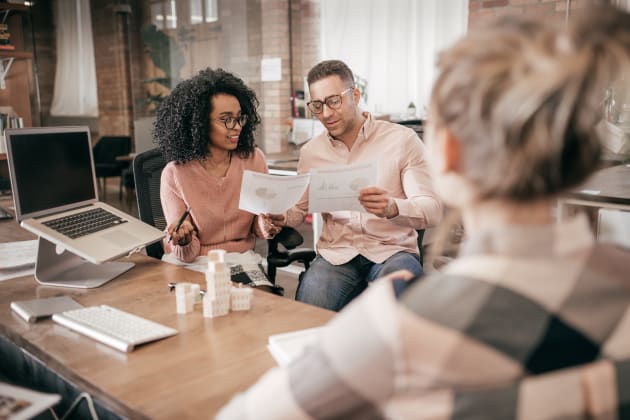 Smaller lenders and brokers began lowering their mortgage rates ahead of the big banks in January — when they should have. But you didn’t hear about those rate change, because small lenders don’t make headlines.

Brokers and smaller lenders had lower rates to begin with

Even if we put aside the fact that the big banks were inexcusably late with the recent rate drop, it still doesn’t make sense to stay with them. That’s because smaller lenders and brokers consistently offer mortgage rates that are way better than those posted by the banks.

Case in point: RBC’s news-making five-year fixed rate of 3.74 per cent would mean a monthly payment of $2,560 on a $500,000 mortgage (assuming a down payment of at least 20 per cent to avoid CMHC insurance, and a 25-year amortization period).

If you took that same buying scenario ($500,000 mortgage, no CMHC insurance, 25-year amortization period) and mapped it onto the best currently available five-year fixed-rate available in the market — which happens to be 3.23 per cent, at time of publication — you’d be looking at monthly payments of $2,426.

That’s monthly savings of $134. Might not seem like much, but over the course of the 25-year mortgage? You’re looking at saving $40,200 by ditching your bank.

So here’s the headline that you should see, but you never will: Canadians are overpaying by staying with their big bank.

But we can all change that. Start by making sure that when you get a mortgage, you’re not just walking into the bank and taking the first rate they offer. Shop around and compare — hop online and see what competitors will offer you.

We all compare flights and hotels when we’re taking a trip overseas. We should start doing the same for financial products. After all, the money you can save on a vacation pales in comparison to what you can save on a mortgage.

Have you been affected personally by this or another issue? Share your story on HuffPost Canada blogs. We feature the best of Canadian opinion and perspectives. Find out how to contribute here.