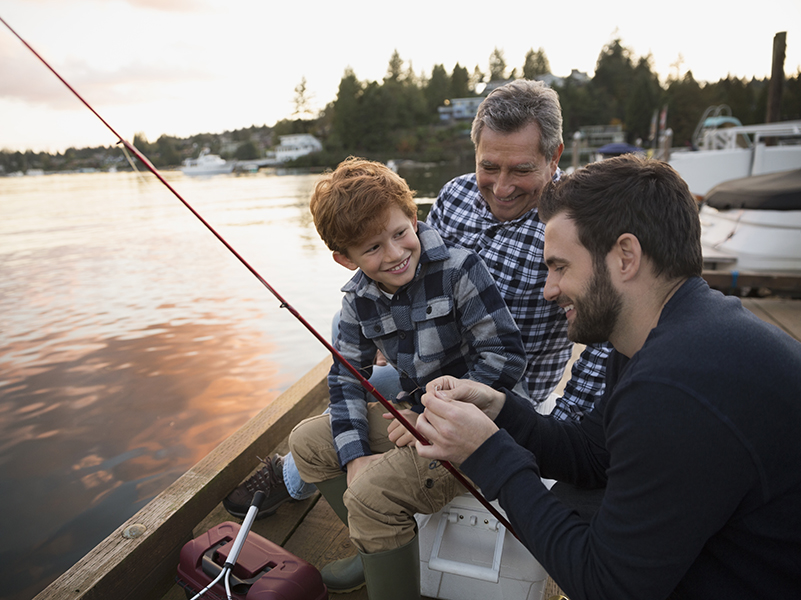 Advisors play a critical role in the financial affairs of families. In recent years, the advisor’s place at the family’s kitchen table has gone beyond managing investments and into tasks such as estate planning and wealth transfer, which are at the core of family unity.

A Wealth survey of estate professionals found that family conflict is the leading threat to estate planning. What creates the threat? Respondents said the top cause of family conflict is beneficiary designations (30%), followed by the absence of communication (25%) and the dynamics of blended families (21%).

We are increasingly seeing the effects of family conflict on estates in Canada. Advisors need to pay attention in order to better service their clients and, by extension, their clients’ families.

In Canada (except Quebec), the ability to designate beneficiaries on insurance policies, segregated funds, pension plans, TFSAs and RRSPs/RRIFs provides annuitants and policy holders a way to bypass probate tax. It also provides for a relatively seamless transition of the plan proceeds to their estate’s beneficiaries.

Two cases in Alberta and Ontario underscore beneficiary designations as a leading cause of family conflict.

John Morrison, predeceased by his wife, died in 2011, leaving a valid will that provided for his estate to be divided equally among his four children: Robert, Douglas, Cameron and Heather. He also provided for a bequest of $11,000 from Robert’s share of the estate to be divided among John’s grandchildren. Each child had also previously received $25,000 from the sale of John’s principal residence.

At the time of John’s death, the largest single asset of his estate was a RRIF with a date of death value of $72,683. Douglas was named the sole beneficiary of the RRIF. The estate’s assets, including the RRIF, totalled $77,000.

Since Douglas was not a “qualified beneficiary” (a spouse, common-law partner, infirm financially dependent child or grandchild), he could not receive the RRIF proceeds of $72,683 on a tax-deferred basis. The estate was responsible for income taxes payable on the RRIF, which amounted to $28,780.

With the payment of taxes on the RRIF, debts and funeral expenses, the residue of the estate for four-way distribution to the children was $21,733, ($5,433 each). Therefore, Robert’s share was not enough to pay the $11,000 bequest to John’s grandchildren.

Cameron brought an application for advice and direction seeking an order deeming the RRIF proceeds to form part of John’s estate, which would then be distributed equally among the four children and not as a “gift” to Douglas.

The court held that, among other things, the fact that John’s will provided for equal distribution among his children and treated each of them fairly did not negate John’s intent that the RRIF proceeds go to Douglas, to the exclusion of the other children. Therefore, the RRIF proceeds remained with Douglas. The court further found it was unfair for the estate to pay the tax liability on the RRIF, so Douglas was ordered to reimburse the estate the $28,780.

Lillian McConomy, predeceased by her husband, died in the fall of 2015 leaving a valid will that provided for her estate to be divided equally among her three children: Lewis, Roland and Lisa. Lillian, among other estate assets, had a RRIF with an approximate date of death value of $392,190. Lisa was surprised to learn that she was named as the sole designated beneficiary of the RRIF. As sole beneficiary, Lisa ultimately received a cheque for the RRIF proceeds of $392,636.

Lisa’s brothers, Lewis and Roland, brought an action claiming, among other things, that Lisa held the RRIF in trust for each of the beneficiaries of Lillian’s estate and should not be the sole recipient of the proceeds. Their contention was that their mother always (and especially during the weeks preceding her final days) maintained that her children would be treated equally in the estate, with statements like “Don’t worry, all of my assets will be divided equally among the three of you.”

The court was convinced that, based on Lillian’s history of fair and equal treatment of her children during her lifetime, it was her intention for all three children to receive the RRIF proceeds equally. Lillian was ordered to share the proceeds with her siblings.

According to the 2016 Canadian census, 9.7% of children 14 and under (a total of 567,270) live in a blended family situation—either with or without half- or step-siblings. Advisors must pay attention to the unique challenges of estate planning for blended families.

In many instances, each spouse or common-law partner brings independently created wealth to the relationship, but they also create wealth within a new family unit. The question becomes how the estate should be dealt with upon death.

A couple of options are available, depending on the family’s composition and circumstances. They may wish to consider a spousal trust, where certain assets are placed in trust for the benefit of the surviving spouse, with the children from a previous relationship as the contingent beneficiaries. This provides continuing financial support to the surviving spouse or partner while protecting the capital/inheritance for the deceased’s children. Usually, this does not include the children of the surviving partner. Insurance could also be utilized to provide an inheritance for children from a previous relationship.

In the beneficiary designation cases discussed above, the court decided in the first case (Morrison) that it was the father’s intent for one child to receive the RRIF proceeds. In the second case (McConomy-Wood), the court found it was the mother’s intent for all three children to receive the RRIF proceeds. Obviously, the resolutions were not to everyone’s satisfaction. Better communication would have decreased the need for the courts to intervene.

Since communication is the foundation of effective wealth transfer and estate planning, advisors should encourage family meetings to discuss some or all the following topics:

As advisors become aware of the increasingly significant role they play in their clients’ lives, they should encourage clients to have timely and meaningful conversations around the very serious subject of wealth transfer, which will help to prevent family conflict. The benefits are incalculable, as is the value of advice.

Value of advice more important as Canadians near retirement: study